Harar: Behind the Walls of a Timeless City

Harar is series of 368 colorful, maze-like alleys dotted with traditional homes and abundant mosques and shrines. It is the capital of the Harari Region of Ethiopia.
This historic city in eastern Ethiopia was, for centuries, a major commercial center, linking India, the Middle East and Africa. Harar Jugol, the old walled city, was listed as a World Heritage Site in 2006 by UNESCO in recognition of its cultural heritage.

The Maasai are a Nilotic group of people inhibiting the northern, central and southern Kenya and northern Tanzania. They are famous the world over for their distinctive custom, dress, dance and music. They speak the Maa language and are semi-nomadic pastoralists who have adopted customs and practices such as the age set system of social organization, circumcision, and vocabulary terms. 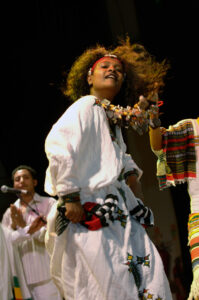 Throughout Africa dancing forms an important part of culture and self-expression. It is a large part of marriage ceremonies and holiday celebrations. Gatherings are mainly comprised of the food and dancing. African dances for the most part involve movements of the lower body or whole body movement. 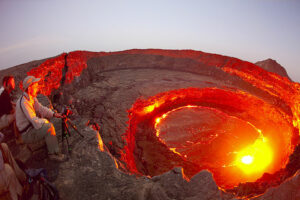 Erta Ale is a continuously active basaltic shield volcano in the Afar Region of northeastern Ethiopia. Erta Ale means “smoking mountain” in the local Afar language. Erta Ale is one of the driest, lowest and hottest places on earth .It is 613 meters (2,011 ft.) high, with one or sometimes two active lava lakes at the summit which occasionally overflow on the south side of the volcano. 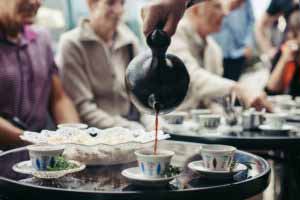 Coffee is Our Language

Coffee is one of the world’s most widely consumed beverage as it is a “must-have” morning essential for millions and many people report taking one cup before bed. No other beverage is as central to several cultures and a constant feature for so many scientific, philosophic, and political conversations as coffee has been for so many decades. 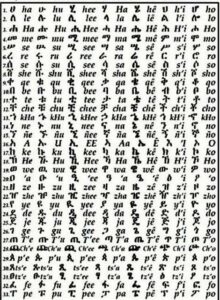 Ethiopia has more than 80 different languages spoken among the population of 112 million. Two of the languages are extinct, five are almost extinct and eight are in danger of extinction. The existing languages are divided into four major language groups. 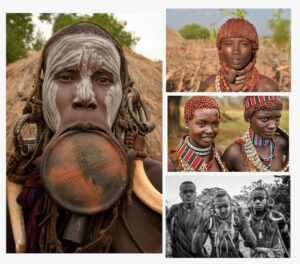 The Mursi (or Mun as they refer to themselves) are semi-nomadic indigenous inhabitants of the Nile Valley in Ethiopia close to the border with South-Sudan. Surrounded by mountains between the Omo River and its tributary the Mago, the home of the Mursi is one of the most isolated regions of the country. 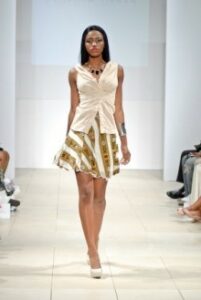 Habesha Kemis (Habesha Dress) is a traditional Ethiopian outfit originating from the northern parts of Ethiopia. It is made of cotton fabric and typically comes in white, gray and beige colors. It is worn with a shawl called Netela which is much thinner than the 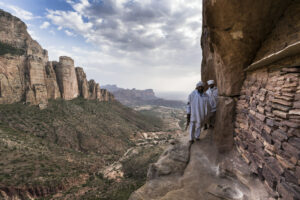 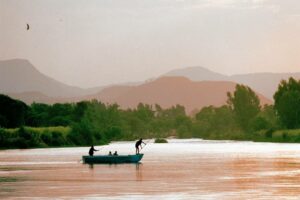 Bahir Dar is the third largest in Ethiopia after Addis Ababa and Dire Dawa. This bustling city is well maintained and clean with an amiable atmosphere, and is famous for its historic monasteries, the Blue Nile Falls and Lake Tana. Bahir Dar is an amazing city and safe to visit compared to other cities in neighboring countries. 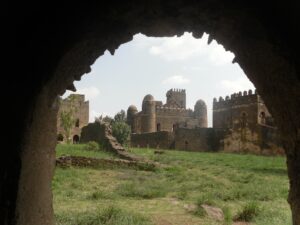 Legacies from the Past: UNESCO World Heritage-ETHIOPIA

UNESCO’s world heritage states “Heritage is our legacy from the past, what we live with today, and what we pass on to future generations. Our cultural and natural heritage are both irreplaceable sources of life and inspiration.”
These Places as unique and diverse as the wilds of East Africa’s Serengeti,… 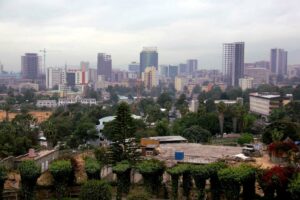 Why Addis Ababa is Africa’s Next Big Destination

The 4th largest African City, located on a well-watered plateau surrounded by hills and mountains, in the geographic center of the country, the world’s third-highest capital city at 2,400 meters, wears its heart on its sleeve since it was founded by Ethiopian Emperor Menelik about 1892. “Addis,” as it’s often simply known, is the diplomatic Capital of the Continent, housing the headquarters of the African Union (AU) and the United Nations Economic Commission for Africa (UN-ECA).